Barley is a genus of plants of the Grass family and is one of the oldest cereals cultivated by man. Barley grain is widely used for food, technical and feed purposes, including in the beverage processing industry, as well as in the production of pearled and peeled barley groats. Barley is one of the most valuable concentrated feeding stuff for animals due to the fact, that it contains a complete protein, rich with starch.

Barley is an annual medicinal plant with a straight low stem. The linear leaves that are attached to the end of the stem by the sheath are resting on the thin stem of the plant. The plant blooms in May or June. Complex spikelets are located on the common axis of the stem. There is one flower on each spikelet of barley. The fruit of barley is a grain that has been fused to the upper testa. The fruits of the plant ripen in the period starting from the end of August and continuing until the end of September.

Barley contains those biologically active and nutritional substances, vitamins and microelements that people need for splendid health and normal human life. Barley has enveloping, anti-inflammatory and softening properties. The plant has the unique ability to eliminate toxins. The barley grain contains 5% of fiber that improves the digestion process and cleans the body of harmful decomposition products. 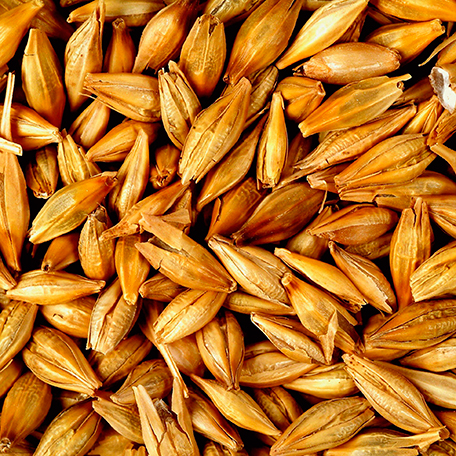