Common lentil or Lentil is an herbaceous plant of the Legume family.

It is one of the oldest agronomic crops. It is widely cultivated as food and fodder plant, as well as a leguminous plant.

The Cultivated Common Lentil is subdivided into 2 subgroups:

From flowering to harvesting, it surpasses other leguminous plants in its resistance to drought and high temperatures. This property allows to grow lentil in the arid regions.

Lentil is a product that is genetically adapted to the human’s digestive system. It contains a large number of complex proteins and carbohydrates, providing a feeling of fullness for a long time. The highly digestible protein (which is equal to 60% by weight) may successfully replace meat, especially in a dietetic nutrition. This protein is digested better and faster. A portion of lentil satisfies the daily need of an adult in a folic acid by 90%. 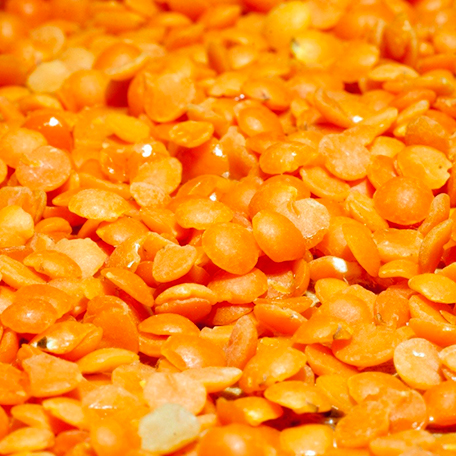